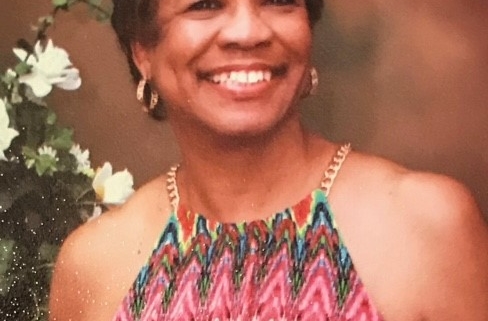 Dianne McGill wanted two at-risk siblings to have successful futures. So, she advocated for an adoption plan that turned their temporary foster home into a permanent and loving one.

Dianne achieved the feat as a volunteer Court Appointed Special Advocate (CASA) on behalf of a 10-year-old boy and his 8-year-old sister, who had been abused and neglected by their biological parents.

“The kids needed a sense of family,” Dianne said. “They needed to be loved.”

Like many adoptions, the road to this one had plenty of twists and turns, ones that Dianne took the lead to navigate before the court finally approved it.

“Dianne was the glue in the case,” said Phil Lartigue, Dianne’s supervisor at CASA/Prince George’s County. “She made sure everyone worked together. She earned the trust of all stakeholders.”

Stakeholders included the Prince George’s County courts and Department of Social Services (DSS), the children’s school and teachers, the foster mom and dad who were becoming the adoptive parents, the brother and sister, and their respective attorneys.

CASAs are routinely involved in the adoption of foster children, one of the goals in helping foster child achieve permanence. Adopted children are far more apt to graduate high school, get a job and avoid homelessness than those who remain in foster care until they age out as young adults, often with little, if any, support.

Both sides wanted adoption. But the foster parents backed off after the children began to show behavioral problems. “The girl would have crying fits, and the boy would exhibit inappropriate behavior towards other children,” Dianne said.

At one point, DSS appeared ready to remove the children from the home after a therapist witnessed what she perceived as an inappropriate response from the foster mom in presence of the girl.

At an emergency meeting, Dianne advocated for the foster mom. She pointed out that the mom’s response was at a time of extreme frustration over the need for timely support.

“Rather than take the kids from home, I said ‘give the family the resources that they need’ in the form of intense trauma-based therapy to help the kids,” Dianne said.

Afterward, all agreed that the children would remain in the home.With additional support, problems began to ease, and the foster family was back on track toward adoption.

In court, Dianne made the case for adoption, saying it would create a loving and permanent family that which would give the brother and sister a needed foundation.

Dianne became a CASA after retiring as a healthcare administrator. “I had a lot of free time and was looking for something to do. I found CASA and thought, ‘This is something I can do,’” she said. “I had worked previously as a patient advocate. I like to advocate for those in need.”

Dianne was assigned to the brother and sister immediately began to bond with them. “It was very important to me that we forge a close enough bond so that the children knew I was someone whom they could depend on,” she said. “This was accomplished.”

Sending a huge THANK YOU to our supporters Sheehy Toyota of Laurel for investing in our work and mission. Thank you for helping us #ChangeAChildsStory across Prince George's County! ... See MoreSee Less

Happy New Year! We are excited to announce that because of amazing supporters like you, we have not only met, but exceeded our year-end goal! As we all navigate through this winter weather, the warmth of the season is felt here at CASA/Prince George because of your kindness and generosity. Thank you for helping us #ChangeAChild’sStory throughout Prince George's county. ... See MoreSee Less

CASA Volunteers are invited to attend this session presented by the Maryland CASA Association. Please notify us if you attend so we can provide you with in-service credit!Check out our FREE training opportunities. On January 10th join us for Understanding the Impact of IPV on Children and Families. Exposure to intimate partner violence can have lasting effects on a victim’s children and family. Not all young people are affected in the same way and how each child responds to trauma is based on a variety of factors. During this training, participants will learn the dynamics of intimate partner violence, and the effects that trauma can have on a victim, their children, and their family unit as a whole.Learn more & register here: bit.ly/3HRiXiv #MarylandCASA #FreeTraining #ChangeAChildsStory #FosterCare ... See MoreSee Less

Time is ticking ⏰! Help us achieve our New Year’s resolution by making a donation today! Make your tax charitable donation by 12/31 midnight and have your gift matched up to $10,000. Join us in #ChangingAChild’sStory, all 2022! Link to Donate:donate.givedirect.org/?cid=4450&n=638660 ... See MoreSee Less

There is less than 1 week left of 2021 and we are so much closer to reaching our goal of raising $20,000 by Dec 31. There’s still time to help #ChangeAChildsStory by making a tax charitable donation TODAY. donate.givedirect.org/?cid=4450&n=264495 ... See MoreSee Less