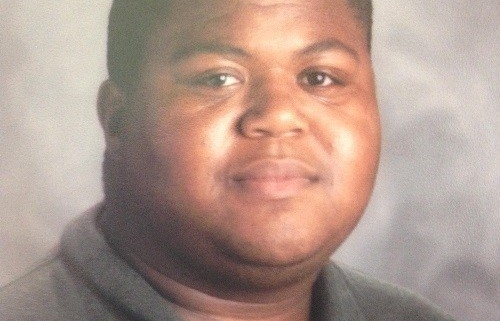 As a Court Appointed Special Advocate (CASA) for foster children, Nathaniel Wallace likes to take the “tough cases,” the ones fellow volunteers prefer to avoid.

“I believe it’s my calling,” says Nathaniel, a grade school teacher and active church goer. “I think God tells me to take these tough cases because no one else wants them.”

Since becoming a CASA in 2014, Nathaniel has accepted two highly difficult cases. Both involved teenagers, a female and a male, who had been abandoned by their families and suffered from behavioral problems.

For three years, Nathaniel advocated for the young woman in court, met with her teachers, therapists and caregivers, and repeatedly reached out to her father to attempt to establish a connection with his daughter.

The young woman ended up aging out of foster care at 21 – homeless, jobless and confined to a wheelchair as the result of being paralyzed from the waist down in a shooting.

“I was there in court when she aged out,” Nathaniel said. “It was sad.  I told her to keep in touch with me. And she does. She has my number. I still try to help when I can.”

After her case closed, Nathaniel was offered a far easier one, that of a 1-year-old girl and her 3-year-old brother who, because of their young ages, were prime candidates for adoption.

Nathaniel was tempted. But then he heard about a troubled 13-year-old boy who had been abandoned by his parents and has significant behavioral issues.

“The young man had been waiting for a CASA for nearly a year,” Nathaniel said. “No one wanted him. So, I took him. He deserves to be helped, and that’s what I’m trying to do.”

Cheryl Richards, his supervisor at CASA/Prince George’s County, said, “Nathaniel is fearless. Nothing scares him. He lives to help others.”

Nathaniel knows first-hand about foster care. His mom was in foster care from age 3 until she aged out at 18. Without a CASA, she received limited help. But she managed to graduate high school, get a job and have a family of her own.

“I contacted CASA because I want to help,” Nathaniel said. “Being a CASA is tough. You can feel burned out. You got to take care of yourself. You got to stick to your beliefs. You have to want to make a difference.”

Sending a huge THANK YOU to our supporters Sheehy Toyota of Laurel for investing in our work and mission. Thank you for helping us #ChangeAChildsStory across Prince George's County! ... See MoreSee Less

Happy New Year! We are excited to announce that because of amazing supporters like you, we have not only met, but exceeded our year-end goal! As we all navigate through this winter weather, the warmth of the season is felt here at CASA/Prince George because of your kindness and generosity. Thank you for helping us #ChangeAChild’sStory throughout Prince George's county. ... See MoreSee Less

CASA Volunteers are invited to attend this session presented by the Maryland CASA Association. Please notify us if you attend so we can provide you with in-service credit!Check out our FREE training opportunities. On January 10th join us for Understanding the Impact of IPV on Children and Families. Exposure to intimate partner violence can have lasting effects on a victim’s children and family. Not all young people are affected in the same way and how each child responds to trauma is based on a variety of factors. During this training, participants will learn the dynamics of intimate partner violence, and the effects that trauma can have on a victim, their children, and their family unit as a whole.Learn more & register here: bit.ly/3HRiXiv #MarylandCASA #FreeTraining #ChangeAChildsStory #FosterCare ... See MoreSee Less

Time is ticking ⏰! Help us achieve our New Year’s resolution by making a donation today! Make your tax charitable donation by 12/31 midnight and have your gift matched up to $10,000. Join us in #ChangingAChild’sStory, all 2022! Link to Donate:donate.givedirect.org/?cid=4450&n=638660 ... See MoreSee Less

There is less than 1 week left of 2021 and we are so much closer to reaching our goal of raising $20,000 by Dec 31. There’s still time to help #ChangeAChildsStory by making a tax charitable donation TODAY. donate.givedirect.org/?cid=4450&n=264495 ... See MoreSee Less