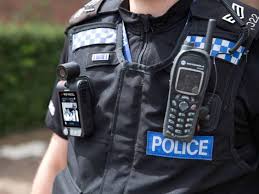 On January 28, 2017, CASA volunteers completed our first in-service training of 2017.  Attendees learned how to remain safe when stopped by police, a vital skill to share with youth given the troubling number of young people inexplicably shot by police in recent years.

The training was presented by Courtney Wiggins-Lloyd, who runs a group home for boys. She created the training session in consultation with fellow social workers and police. She said her aim is not to take sides, but to help prevent anyone from getting hurt.

“Adjust your attitude,” she added. “Take three breaths and count to five before speaking.”

A CASA said she welcomed the chance to tell her youth what she learned, but expressed concern that he won’t listen.

“He may not look like he’s listening,” the CASA was told. “But if he’s stopped by police, he’ll remember what you had to say.”

And it could save his life.

Tips on remaining safe when stopped by police:

What are your greatest weaknesses? The best way to prep for an interview is to prepare responses to questions like this in advance! Talking about weaknesses seems tricky because nobody wants to admit a negative attribute and jeopardize a chance of gaining employment. Admitting that you have no flaws can come off as arrogant. It’s okay to share a weakness because nobody is perfect! The best way to answer this question is to state a weakness and demonstrate how you've taken the steps to improve it! (Note: Do not mention a weakness that is critical to the job!)Can you give other examples of weaknesses and how to demonstrate improvement?#CASAWorkforceWednesday ...

A CASA volunteer makes a life-changing difference for children who have experienced abuse or neglect. Learn how you can help #ChangeAChildsStory by joining us for our CASA volunteer information session this Thursday, February 25th at 6 PM. RSVP today at bit.ly/2ZpRXS8 ...

We are asking you to give your time, no more than 10-15 hours a month to ensure a youth in foster care receives critical services. CASA Volunteers gather and report information and make recommendations to assist judges in making decisions that are in the best interest of the foster child. 90% of recommendations from CASA Volunteers are ordered by the court. Be a part of the change and apply today to become a CASA Volunteer. #ChangeAChildsStorypgcasa.org/volunteer/become-a-volunteer/ ...

CASA Volunteer Celebrated for his Service to the Country